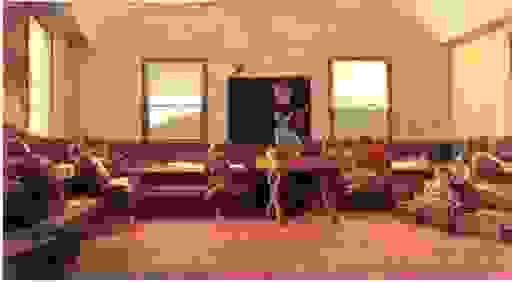 The Single Room Schoolhouse in America

Like many of the 200,000+ single room schools that once dotted the US landscape, Sandy Pond was a small neighborhood school. Its 20-25 students did not arrive in big, yellow, buses, nor did they have a school cafeteria.  Students made their way to school on foot, and brought their own lunches. During winter, one of the older students would bring in firewood for the wood stove. Another would ring the bell, officially beginning the school day, after which the teacher would greet the students, who would stand to recite the Lord’s Prayer and salute the American flag. The teacher would then hand out assignments to the older children and begin working with the younger students.

Today, Sandy Pond School is one of only a few thousand surviving single room schools. For nearly 300 years, these iconic little buildings, along with their teachers and students,  were the bulwark of the American educational system. Together, they helped make the US a great nation.

For more about  the history of the single room school, and its importance to our nation's history, here are some  resources you may enjoy.  The first is  Susan Fineman's excellent and entertaining video, One Room Schools of the Past.

One Room Schools of the Past

Another is The Rise & Fall of Vermont's One-Room Schoolhouses, a podcast from Vermont Public Radio.

Click below to view a brief but lively 3-minute video on the building of Sandy Pond Schoolhouse.